Delays and costs are a thing of the past. Choose from Standard, Rapid or Next Working Day reports. Let us take the headache out of biodiversity net gain.

Get a Quick Quote

Avoid Delays
Minimise Impact on GDV
Get Your Project Moving

3 simple steps to get your biodiversity net gain s.106 or planning conditions discharged with minimum fuss and delay...

Simply fill in the quote form or give us a call. We'll get the information we need and send you a quote via email.

We will send you a booking form. You won't find any hidden costs and it will be easy to complete.

Get Your Net Gain Plan

We'll arange a date to visit your site and soon afterwards (usually a couple of days), you'll recieve your net gain report. Simple!

Achieving 10% net gain on your site shouldn't be an uphill struggle...

Our ecologists know that it only works for us, if it works for you. Our number one priority is getting your 10% net gain planning conditions or section 106 agreements signed off, so you can get building.

We try everything we can to ensure you can progress your scheme without any impact on GDV and only recommend off-site credits when there is no other practical alternative.

Don't risk your project in the hands of inexperience. Our ecologists worked on over a thousand ecological appraisals last year.

We have over 30 ecological consultants spread throughout England and Wales, from Kent to Kendal; we' ve got you covered.

When your project is stalled for BNG, we know that being responsive and communicative is what you need form your sub consultants, that's why we allocate you a project ecologist to keep you in the loop from start to finish.

EVERYTHING you ever wanted to ask about Biodiversity Net Gain 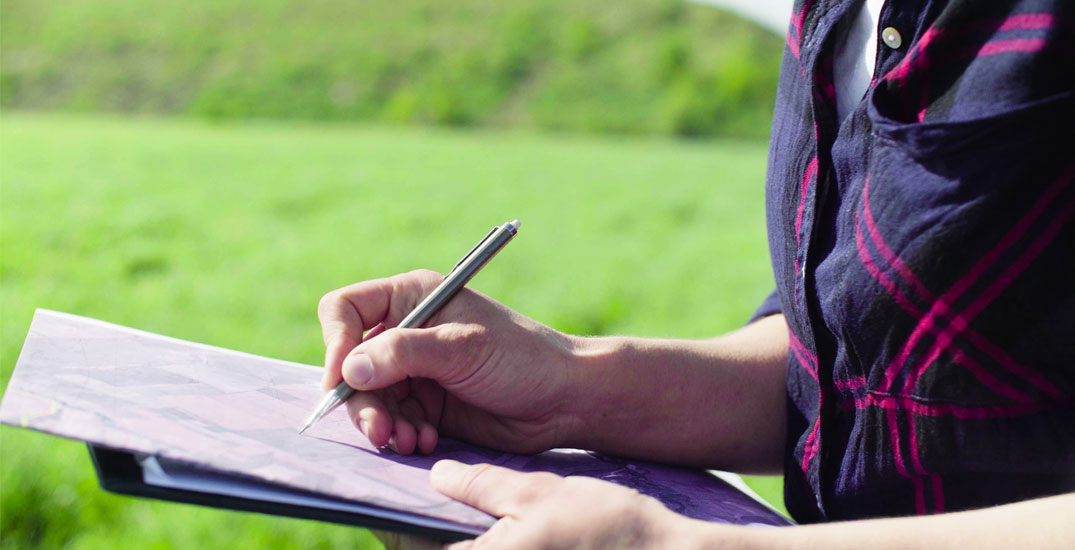 What is Biodiversity Net Gain?

Driven by the NPPF and soon the Environment Bill (expected summer 2021), the principle of biodiversity net gain is to use the DEFRA metric to assess habitats on site pre and post development, in order to deliver a net gain enhancement in habitat quality or quantity, on or off-site.

Where did BNG come from?

Presently, biodiversity is protected by legacy laws transposed into the UK from the European Union (such as the Conservation of Habitats and Species Regulations), along with some "home grown" statutes, like the Wildlife and Countryside Act 1981 (as amended) and the Natural Environment and Rural communities Act 2006, for example. Moreover, the principle of using planning policy to secure enhancement to the natural environment has been around since the inception of the National Planning Policy Framework in 2012 (since revised in 2018 and 2019), in section 175(d), as follows:

"opportunities to incorporate biodiversity improvements in and around developments should be encouraged, especially where this can secure measurable net gains for biodiversity." Source: NPPF (2019)

However, through the Environment Bill, biodiversity net gain (often abbreviated to simply ‘BNG’) will go further, mandating that most new development will not only avoid and rectify any disturbance or destruction of habitats that exist now, but enhance them; thereby codifying the engagement of the final step of the mitigation hierarchy. 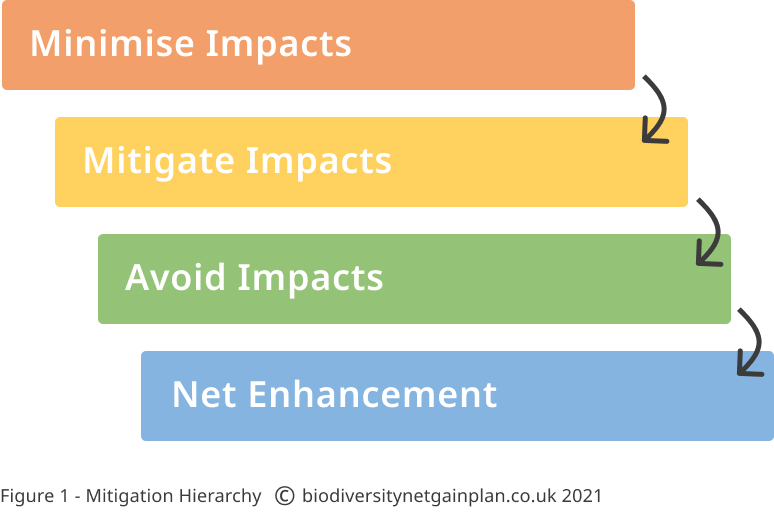 How does biodiversity net gain actually work in practice?

BNG will be delivered though the planning system which commits a developer to biodiversity enhancements that equate to a net gain of 10%. The next question might be, well, 10% of what? That's where the DEFRA metric (versions discussed below) come in.

As part of your planning application, you will ordinarily need to provide some level of baseline ecological survey data, perhaps a preliminary ecological appraisal for example. However, the Environment Bill requires that this biodiversity survey includes for an assessment of the site using the appropriate DEFRA metric to quantify the biodiversity on your site in what are referred to as biodiversity units.

Say your existing site has been assed as having ten units. Achieving 10% net gain means your completed scheme will have to deliver 11 units. Usually, you’ll need to instruct an ecologist on the back of your planning consent to produce a net gain plan in order to secure the extra biodiversity units, and either discharge your conditions of planning consent, or to be released from a section 106 agreement.

A net gain plan is a simple, plan-led management and enhancement document that demonstrates to the local authority exactly what units will be created and over what timescale.

What if delivering net gain makes the economics of my site unworkable?

Revert back to the example above: your site was assessed by an ecologist pre-development to have ten units, and the proposed scheme will therefore need to deliver 11.

Perhaps you don't have the gross development value (GDV) in your site to re design the scheme or reduce the number of units. So now, assume for the sake of example that your final scheme can only accommodate just 4 biodiversity units. Net four units off eleven and you have a deficit of seven.

What now? Well, you needn't panic.

What are BNG off-site credits?

What typically happens is this: say a landowner wants to generate a new income stream on poorly performing land. At the same time, a developer has been given planning consent for a scheme that cannot deliver the mandatory 10% net gain within the subject site and thus, requires off-site land to enhance, as a mechanism of compensating for the inability to deliver net gain on site. This overlap of interests produces an opportunity for both parties, to the net benefit of UK biodiversity.

There're several steps in the process, so follow closely along and we’ll explain everything you need to know...

In the first instance, a landowner that wants to produce an alternative source of income needs to get their land appraised by an ecologist using the DEFRA metric 3.0 to demonstrate what biodiversity units are presently extant. Then, a net gain plan needs to be drawn up to again demonstrate how many units are available. The difference between the two is the number of units that are available to sell.

Next, via a mandatory 30-year covenant is written into a legal agreement that codifies the net gain plan via provisions in s.39 of the Wildlife and Countryside Act. This agreement covenants to landowner and his successors in title to ensure the success of the creation of new biodiversity units and contains a recovery provision if the plan is not adhered to. The ecological assessment and net gain management plan are usually appended to the agreement.

At this stage, the landowner now has a plan and legal agreement to deliver biodiversity net gain. The next move is to approach the regulator: the local authority. For example, in Warwickshire, it’s Warwickshire County Council. If the LA are satisfied that the net gain is achievable and appropriate, they will then recognise those biodiversity units officially (certification).

The word units and credits are essentially interchangeable at this stage. Once recognised by the LA, the landowner can enter the open market to sell the newly created biodiversity units (credits). Ecologists, and well as land agents and specialist brokers act as market makers for credits, connecting landowners and developers. The price for credits is determined by the open marketplace's natural ebbs and flows that comes with fluctuations in demand and supply.

On sites that don't qualify for exemption (see FAQs below for details), developers may find attached to their planning consent are either conditions or a s.106 agreement. This strategy is designed to commit the developer to biodiversity net gain with the threat of enforcement or legal action for non-compliance with the obligations of the consent. Buy buying LA-certificated credits from landowners the developer is immediately released from the s.106 agreement or conditions of planning consent.

After the transaction, the legal costs for which are normally paid for by the landowner, the developer has no further obligations to BNG. The landowner however must ensure that the net gain plan is followed exactly as covenanted, using the income from the credit sale. As the legal agreement contains recovery provisions, if the biodiversity net gain is not 10% at the expiration of the 30-year covenant, the landowner can reasonably expect the LA to take action.